Sotheby’s Australia chairman Geoffrey Smith said the result was a testament to the genius of an artist who, following World War II, encapsulated the urgency and vitality of an Expressionist style that contributed significantly to the history and development of 20th century Australian art.

“This result represents the continued strength and confidence in the Australian art market,” he said.

Ninety-seven works were offered at the auction and the sale realised $11.3 million with a clearance rate of 125.4 per cent by value.

The painting had been held since 1908 in the Abrahams family collection and only reappeared in 2011 when it was exhibited at the Queensland Art Gallery in Brisbane.

Long considered one of his finest efforts, Dobell created the painting for Frank and Thelma Clune in recognition of a “lost” work stolen years earlier from an exhibition and never recovered.

Sydney modernist Brett Whiteley continues to attract strong auction prices for his works and this sale was no exception.

An exceptional example of his compositions from the mid-1960s, the painting captures the essence of inland Australia inspired by Dobell’s four months of travel across Western Australia’s central desert and Kimberley regions in late 1958. 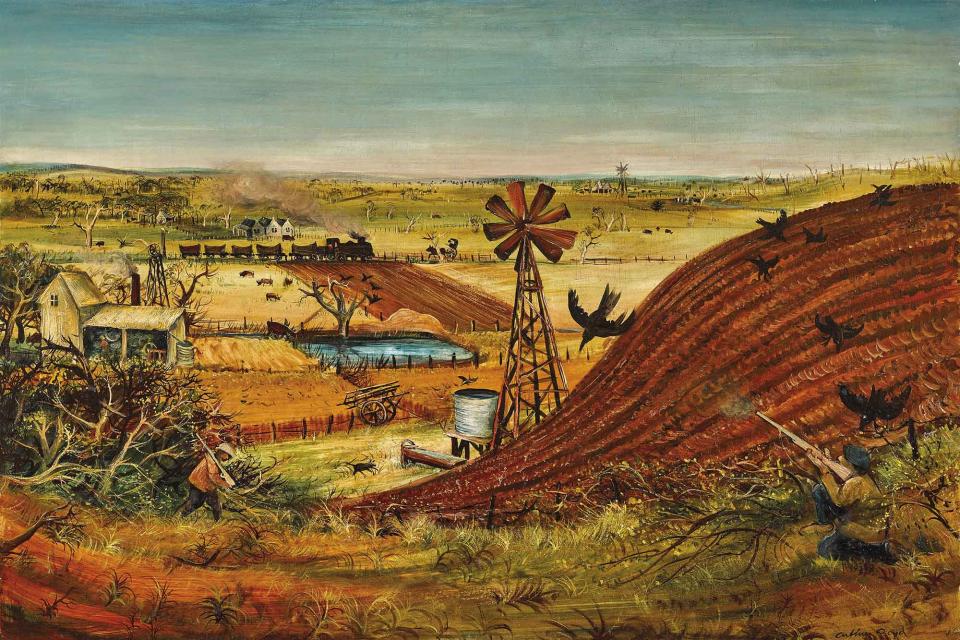